Past Made Present: Decorating with Architectural Elements Today 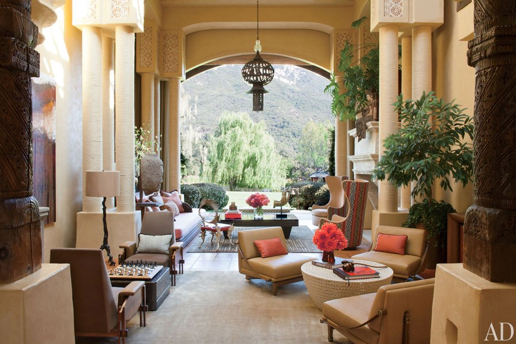 Good design is in the details.  I’m a sucker for shoes with tassels, hand-rolled leather seams and contrast top-stitching.  And don’t even get me started (ok, too late) about wonderful rooms like this in the Malibu home of actors Will and Jada Pinkett Smith. What I love about this home is that although its exterior resembles a modern Adobe abode, inside are rooms that use centuries-old architectural elements to dramatic effect.

In the living room, a series of large-scale columns (some wood-carved, others formed of plaster) create a rhythmic repeat along walls, drawing the eye toward the gorgeous view seen through a wide open-air archway. 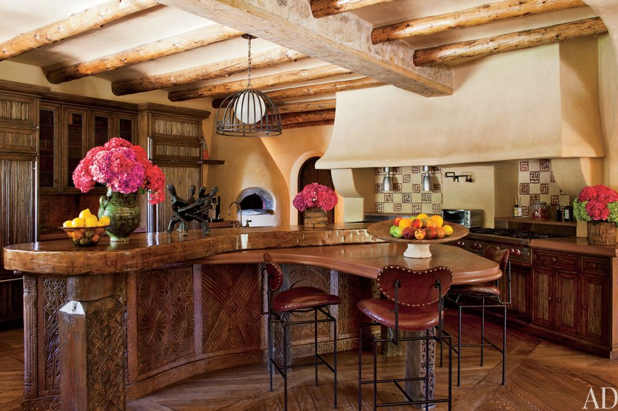 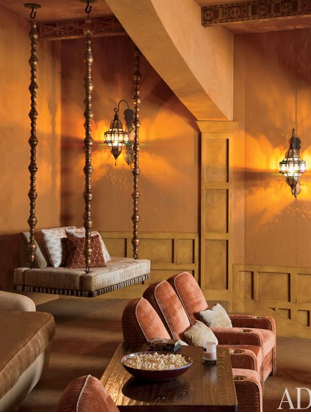 Classically-styled millwork dresses up the simple stucco walls of the Smith’s screening room.  A carved beam adds an exotic touch (as does the daybed suspended from the ceiling). Unless fate lends a most surprising hand, my home will never be as grand as Will and Jada’s.  But that’s ok because I’ve found some easy ways to add architectural intrigue to my humble abode with furniture like this… 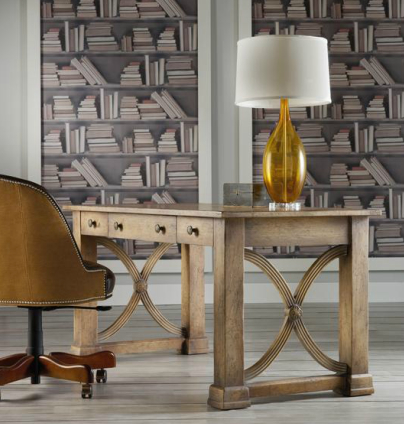 Pretty and practical, the Melange Architectural writing desk has a hidden drop-front for keyboard use; plus, two utility drawers. 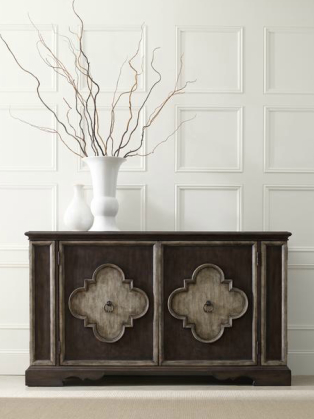 The Two Door Console’s birch veneer surface is embellished with quartrefoils (Latin for “four leaves”), a classic Gothic and Renaissance architectural element found throughout Europe in churches like Paris’s Cathedral of Notre Dame.

The Melange Three Pedestal console is sized right for lots of places--in a narrow hall, behind the sofa or in a small dining room as a buffet.

With its narrow profile and symmetrical urn-shaped columns, the Melange Three Pedestal console reminds me of decorative stone walls used to instill a sense of order to classic French parterre gardens.

Next post: What’s on the inside of furniture matters!

Links to Live by